I enjoy your website as a source of information, but hope you don't mind if I bug you with a question.

Re requiem for Paul Foster, I was surprised to read that you had lost track of him for the past few years after his auto accident; I thought that (to some extent anyway) Pranksters looked after each other?


Hey Marc, Paul Foster was barely a prankster-- we hadn't seen anything of him for years-- but he was a full fledged hog farmer and they were the ones who took care of him; plus his wife, Laura, who put up with him as he went crazier and crazier.

Just to give you more details in case you haven't come across them, Paul was living in a tent in a trailer park in Willits, about 25 miles south of Laytonville. He suffered a massive heart attack while sitting in a chair in front of his tent, reading Shakespeare. Laura is taking care of things, he's being cremated. The folks @ the Hog Farm wanted to hold an affair for him next monday, but Laura wants them to hold off till July 5th, so both his daughters can be there.

I was 19 when I met Paul. I had never seen anyone who had demons. Apparently the demons finally won in that damp tent pitched in the state park.
He could sing without stuttering, but I can't remember a belly laugh.
Buco

capn:
In the words of W. G. Gray:
As Upright Rod and Standing Stone
Live Only To One End Alone
Between All Earth And Heaven Be
The Ruler Of Your DESTINY!!!! 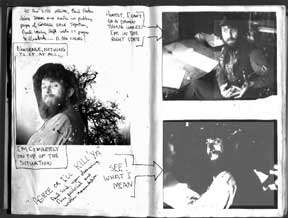 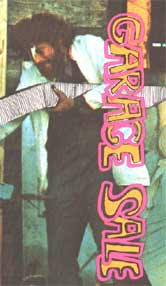 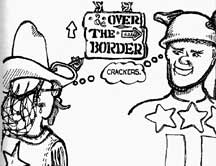 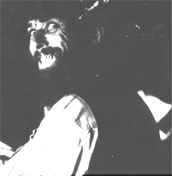 Paul Foster died yesterday in California. He was a prankster and hog farmer and did the illustrations for the screenplay, Over The Border, in Kesey's book: Garage Sale.

I met him in 1965 at Kesey's house in La Honda. I was crawling around on the floor blindfolded ascertaining what sightless would be like and ran into a huge leg. I felt it and said, "What is this, a tree stump?" proving I was more clueless than sightless. Paul was a big fellow. 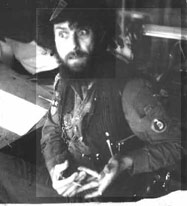 One time when people were arguing propriety and correctness and a gal said, "What does it matter what we do, we're all brothers and sisters, right?" Paul said, "I'm n-n-n-nobody's s-s-s-s-sister." Which is funny when you consider the Hog Farmers ran Nobody for president in 1968.

Yes, he was a stutterer and a good one too although at times he could talk clear as a disc jockey. He got in a car wreck a few years back and that messed him up. He died from a heart attack. 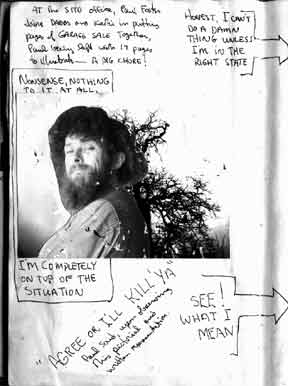 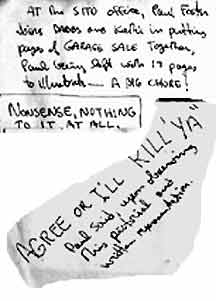 If you've ever seen that Life Magzine special on Woodstock, Paul was the guy in the full page picture walking down a path with a walking stick and wearing a top hat and a red white and blue design on his coveralls.