Dane Knezek is doing a paper on the Sixties and sent me a bunch of questions. 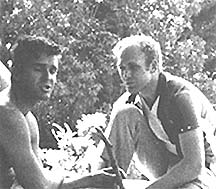 2. During my research I have found several references to "happenings" created by the Merry Pranksters during the original Further bus trip of 1964. While the texts I've found have made reference to LSD use and dispersal, attempted undermining of social constructs, and general wild times, I have not been able to pin down exactly what the "happenings" were. Though I am quite certain further research would unearth accounts of these events seen through the eyes of historians, I am interested, rather, in first hand versions as told by those who created them. Basically, what I'm getting at here is, what constituted a "happening?"

First, a happening can't be planned. It just happens. It takes place in public or private and involves everyone present. In Phoenix in 1964 we painted A vot for Barry is A Vot for Fun on the side of the bus and waved flags and played stars and stripes forever and drove the bus backward down the main street. This qualified as both a prank and a happening. 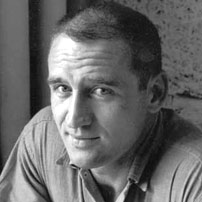 4. I have read that the participation of Neal Cassidy in the Further bus trip made valid Kesey and the Pranksters' mission of promoting LSD use as a counterculture vehicle for breaking down conformist ideals to many Beat leftovers and early hippies. Cassidy's prestige amongst this group makes obvious the reason for this. What, though, inspired Cassidy to join Kesey, if the reason were more than friendship.

Cassady said, it is a-d-y as in lady, not i-d-y as in perfidy and there was never any mission of promoting LSD use; we had a greater mission and Cassady was a veteran in the work and recognized a kindred spirit in Kesey.

5. Ken Kesey was the undeniable link between the beat generation and the 60's counterculture. Is there more explanation for this than Kesey's own discovery and experience with hallucinagens?

Cassady was the real link. Kesey and I fell into the crack between the beats and the psychedeclic generation. The whole movement was much more than hullucinagens; covered the gamut of the arts and also way of viewing life and relationship with others and a merciful attitude plus questioning of government.

6. Why didn't more of the prominent beats join Kesey's promotion of psychedelic drugs as an eye-opening agent?

Everyone does what they want; have their own agenda. Kesey wasn't a promoter, he was a performer.

7. What level of success did Kesey and the Pranksters achieve in popularizing LSD use, and in breaking down conformist ideology?

Just because we used LSD doesn't mean we were promoting its use. Dangerous drug if taken lightly; must be of sound mind and body and have good touchstones in life or else fall by the wayside muttering and mumbling like a ravaged mind sucked by venusians, which is a way, I guess, of breaking down conformist ideology.

8. This one is as much for personal curiosity as research for the project. In a time when LSD was a young and relatively unknown substance, how was enough acquired for distribution to mass audiences, such as during the Acid Tests?

8A. Were you not dishing the stuff out to anyone with the cajones to lift up a paper cup?

Nope. We rented the hall, set up our musical and film projecting equipment; the grateful dead set up at the other end of the hall. Someone else, none of us, put a plastic garbage can in the middle of the hall, from which whoever wanted to could dip in with their cups.

9. Why was music so important to the psychedelic revolution, and more specifically, why were concerts the focal point of the Acid Tests?

The grateful dead played the music that was the driving force the power that propelled the rocket ship everyone rode to the stars and beyond the whole night the acid test took place.

10. How did bad trips fit in to the Acid Tests? Were they ignored anomalies, part of the dynamic, viewed as an unfortunate downside, etc.?

Bad trips had to be absorbed like a bee freaking out is rubbed all over by the other bees until recovery.

12. How did the events and intent of the Acid Tests of the mid-sixties differ from the "happenings" of the bus trip?

13. I've read that, as the sixties wore on, concern grew among leaders of the psychedelic revolution as to how to use the movement to better the world. In contrast to other movements of the counterculture, such as the civil rights movement, leaders of the psychedelic revolution were opposed to political organization and action. Why was this, and what were the effects on the movement?

Organizations always seem to falter due to heavy handed leadership; spontaneous gathering of patriots and activists do the most good.

14. Why was LSD the flagship drug of Kesey and the Pranksters rather than other hallucinogens?

LSD was new, was a pill, wasn't a plant like peyote that had to be boiled and drunk or dealt with in that way.

15. I've talked to some 70's era hippies who claim that the looming draft for the Vietnam War changed their attitude toward life, and that drug use was for fun and part of living in the moment. They claim that, rather than using to find a deeper consciousness or understanding of the world around them, which as I've read was Kesey's goal, psychedelics were part of living to the greatest extent in the face of imminent death. Did this ideology factor in to the mid-sixties drug use? If so, how, and if not, how was it looked upon by Kesey and the early promoters of LSD use?

They can claim what they want and that is fine.

16. Why did Kesey separate himself from the psychedelic movement in the late sixties?

Got busted, went to jail, had kids in school, wife and friends. When you speak of the movement you act like it was something real but it was and is something that exists apart from organization.

WANT TO READ SOME MORE QUESTIONS AND ANSWERS?
THESE WERE QUESTIONS SENT IN BY ANOTHER STUDENT.
CLICK ON: 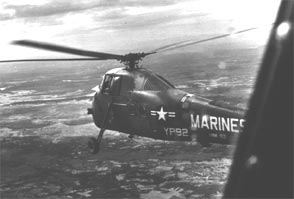 I must be the question answer man. Marc Garren sent me these.

How did you end up getting sent to Vietnam?

The helicopter squadron I was in got orders to Vietnam.

What branch of the service were you drafted (or volunteered?) into?

I was in NROTC in college and took the marine option and was commisioned a second lietenant.

What was your job in the military?

How did you perceive the right and wrong of the war before you arrived in Vietnam and how did your perceptions change over the time of your assignment?

Had no perceptions of right or wrong before I went to Vietnam but took about six weeks to realize we were wasting our time there.

How accurate was the Oliver Stone movie Platoon?

Did you ever see any atrocities go down?

You mean like the time someone stole all the gin out of the fridge?

Did the experience of serving in Vietnam change your choice of future direction?

Nope. Already had my choice and military experience was one step along the way.

Have you ever returned there, and if not do you have a hankering to get another look?

Never gone back but I wouldn't mind going back. Beautiful country, great people.

What lessons did you learn from the experience?

I didn't buy that bear cub a Vietnamese tried to sell me at a remote village.

Many thanks and apologies.